Skip to content
Newbury, Berkshire RG14 6HL info@naturestimeline.com Always available, except when sleeping, or on a rare away day. I will attempt to respond to most emails within 24 hours.

A number of my clients, in fact, the vast majority can probably be classed as Stewards of the landscape. The scanned copy headline as taken from my local newspaper, the Newbury Weekly News back on April 20th this year, talks about an uncertain future for farming post-Brexit but from somewhat of a positive viewpoint (pleasing to see). More broadly, it speaks of what Brexit might mean for the Agricultural sector and its subsequent management (i.e. environmental stewardship) of the UK countryside as a whole. Collaborative approaches such as river catchment conservation projects, farmer clusters and farming/science-led directives will all help guide our way in future and I’m sure will be getting deservedly media attention as a result. The article replicated below taken from the very same newspaper cutting is from Nicola Chester and speaks of the yearly differences she witnesses on her patch (North Wessex Downs Area of Outstanding Natural Beauty*) and the need to assess such changes.

Speaking of assessments or continual monitoring as we should perhaps name it, I am dead keen on undertaking bird surveys as you will realise from past blog posts. In such instances, I have been known to offer up occasional snippets of useful information on one’s bird communities on people’s landholdings from time to time as well. Here I will kick off with some basic conservation approaches which might work on your farm, country garden or local park or wherever you might reside. Two bird species starting with the letter B. The currently thankfully common Blackbird and our somewhat rarer Amber-listed Bullfinch.

Never be afraid to contact me off page should you wish to know more about my services or more generally, my obsession for protecting and enhancing the bird and other wildlife communities of the United Kingdom.

Best Wishes and until next time.

As ever, you can continue to access my Facebook updates by clicking on the Red Admiral butterfly icon below. 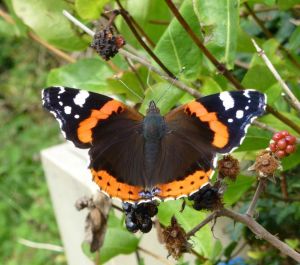 naturestimeline Education services – “A conservation professional sharing his personal perspective on breaking news stories from the world of nature alongside his own accounts from the field.”

Posted by: Tony William Powell on

* could be deemed as my patch as well when time permits

** as published by Birdguides, the Birds of the Western Palearctic interactive

10 thoughts on “Encouraging better care of the environment”

This site uses Akismet to reduce spam. Learn how your comment data is processed.

Translate my posts into different languages

WHERE AM I LOCATED?

I love life. I wish to fathom what makes our natural world tick and how and why species interact the way they do. We need to cherish our natural world and not plunder it. Amongst all my differing interests, I would include blogging, participating in citizen science, ornithology, scientific study of biodiversity, climate change activities and so much more. The list goes on.